CCleaner is a system maintenance utility that helps you keep your Windows running and allows easy web browser management. It means that the ultimate goal of using CCleaner is to make your system run faster and smoother, as Windows tends to slow down over time.

To put it briefly, CCleaner has coped well with this task. The major pro of this program is that you only need some very basic knowledge of what the operating system is and how things are done there to be able to work with CCleaner. The errors in the major source of sluggishness in Windows, the Windows registry, are fixed in a very smart interface that, on the one hand, gives access to complete information about the problem to the more savvy users and, on the other hand, hides it from the regular users who don't need it. Another big pro is that when it comes to cleaning the trash your web browsers (incl. IE, Opera, Firefox, Chrome, Safari, and a bunch of other browsers) leave in your system, you are given a very clear and understandable overview of various data categories to delete. In case you opt in for erasing something like password or auto-fill data, you are shown plenty of dialog boxes explaining what drastic consequences may be involved, so you can be sure you know what you're doing. Finally, the system management tools like the Uninstall tool are way easier to use than the default Windows counterparts.

However, the latest version 3.21 still has a number of drawbacks that have been plaguing CCleaner for ages. First, it fails to identify all of the registry errors in one check. In other words, make sure to run the registry check at least twice after you've got the errors fixed, CCleaner will likely find some new errors. Another problem is freezing of the system when handling large data arrays. In the test run, I fed CCleaner with a huge 1.5-Gb IE cache, and it froze the machine for at least seven minutes. And of course, a further big downside is the absence of user support in the free version, whereas the commercial version is totally overpriced, starting at $24.95. I can't even imagine a reasonable person who would buy an app like CCleaner for this money.

So, the verdict is as follows: CCleaner is a better-than-average app with a nice feature range and an intuitive interface; however, it still suffers from a number of slight drawbacks, which can sometimes make your use experience far less fun than you'd like it to be. 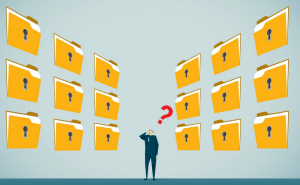 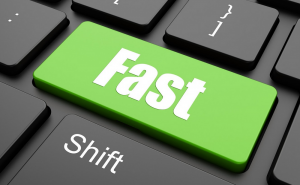 Make your old PC run as well as it used to

Boost up the performance of your system with just a few clicks.

Keep your computer clean and optimized and protect your privacy.
FREE

A multifunctional tool for distribution of disk space analysis.

Thank you for rating the program!
Please add a comment explaining the reasoning behind your vote.
256 comments

Have full version, very good product! Could have more features for system optimisation though, like offering a driver update package (like it gives recuva e.g separately), though it is excellent for what it does.

Could be better, must be free for a full featured version.